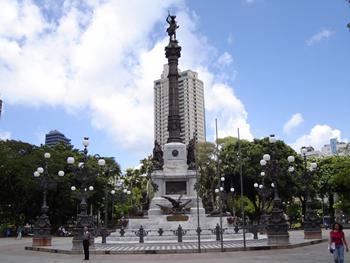 Called "Săo Salvador da Bahia de Todos os Santos", Salvador, the first capital of Brazil, is one of the oldest cities in America. Founded on March 29, 1549, it is one of the first planned cities still in the Renaissance period. The city maintains an inestimable colonial heritage of irrefutable importance (Historical and Artistic Heritage of Humanity), being able to contrast harmoniously with the colonial houses of the Pelourinho (Patrimony of the Humanity), and with the wide avenues and buildings of daring architecture like: the House of Commerce.

The culture is rich, with important contributions from the Portuguese, Indians, Asians and Africans. Salvador is noted internationally, and also throughout the country for its gastronomy, music, architecture and natural beauty. The African influence in many cultural aspects of the city makes it the center of Afro-Brazilian culture. Today, the city is home to around 3 million inhabitants, people known for their joy and hospitality and who make creativity their way of life. 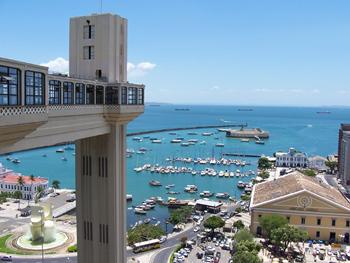 To get to know the beautiful Salvador, the capital of Bahia. The Historic City Tour, has created a tour route that includes the main historical points of the city. Visit to the beautiful churches and basilicas of the city (Church of St. Francis of Assisi and Conceiçăo da Praia), ancient monuments, museums, squares (Dois de Julho and Campo Grande); streets (Santo Antônio); Pelourinho, Lacerda Elevator, the Historical Center, among other tourist and historical points. The tour lasts around 3am, and they happen every day in the afternoon. On Sundays and holidays, however, your schedule is changed to the morning.

In the tour of the Historic City Tour, in addition to having the convenience of starting and returning to the place where you are staying, you will have a guide who speaks Portuguese, English and Spanish, and will tell you the fascinating stories of the places visited.